From Beak To Peake: How Support For Hall Brown’s Winning Duck Is Out Of This World 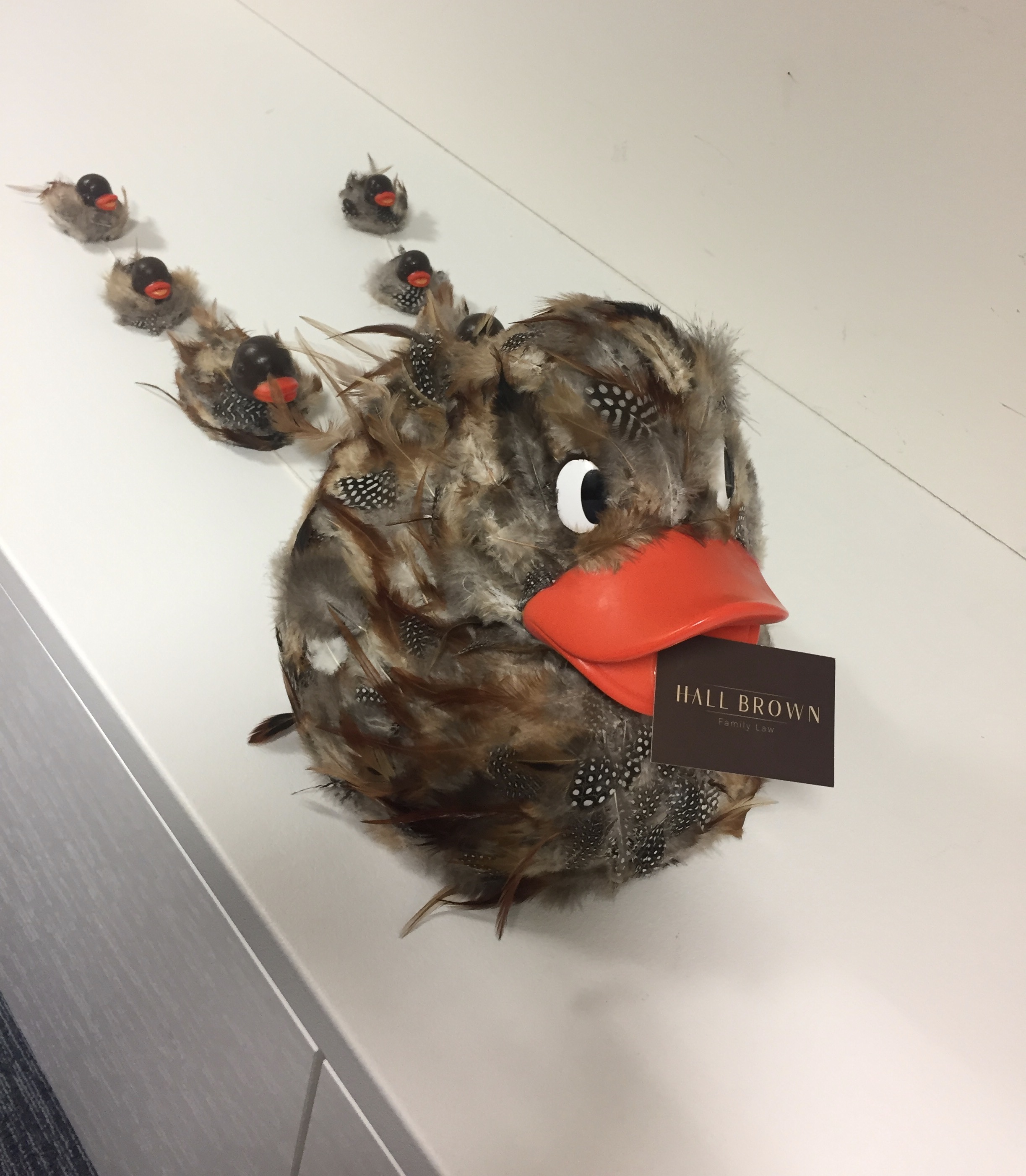 During a company’s first year in business, it’s only to be expected that there will be a number of firsts.

Hall Brown has certainly seen a succession of milestones.

We’ve grown from our two founding partners, Sam Hall and James Brown, to 19 staff and, as a result, moved from our first office to a new and distinguished home in Manchester city centre (https://hallbrown.co.uk/news-press/new-year-new-growth-as-hall-browns-dramatic-expansion-prompts-hq-move/).

In addition to attracting a steadily increasing volume of clients, both at home and abroad, Hall Brown has appealed to competition judges, picking up a quickfire hat-trick of legal industry and business awards (https://hallbrown.co.uk/hall-brown-hat-trick/).

You could say that Sam and James have taken to their new entrepreneurial environment…well…like a duck to water.

So, the rest of their colleagues decided to follow suit in a more literal sense and have been making feathers fly by winning the support of some stellar individuals.

Over the course of the last week, we have taken the plunge (again, quite literally!) by entering a contestant in the now traditional Manchester Duck Race on the River Irwell.

The 12 hours which it took to turn our humble rubber duck into the marvellous Mamma Quack turned out to be very much worthwhile.

She not only trumped all of her rivals (http://www.manchestereveningnews.co.uk/news/showbiz-news/duck-race-cheshire-housewives-corrie–12885032) by scooping the title of ‘Best Dressed Duck’ but, in the days leading up to the Easter Sunday launch, Mamma Quack made a different kind of splash on social media.

In fact, both we and Mamma Quack were left in something of a flap to find out that our design had won a personal thumbs-up from astronaut and author Major Tim Peake.

He recognised the reason which had originally drawn us to the Duck Race. It’s simply a great piece of fun which has become something of a seasonal institution and, just like Major Peake’s stay on the International Space Station, is totally without gravity.

We were so delighted at securing such a quacking endorsement that Hall Brown will be giving the Duck Race another go next year.

As sure as eggs are eggs!