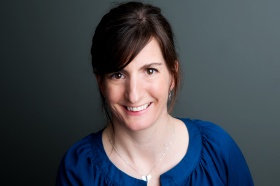 Izzy Walsh qualified as a solicitor in 2011 and further qualified as Solicitor Advocate (Higher Courts Civil Proceedings) in 2013.

Izzy qualified as a solicitor at Magic Circle firm Herbert Smith, where she practised commercial law. She then transferred to become a family lawyer. Izzy has a particular focus on complex financial cases, often with an international dimension, including divorce, matters arising from cohabitation and in relation to unmarried parents, and pre- and post- nuptial agreements and wealth planning. Izzy is regularly instructed on matters which have a Russian/CIS element and which involve offshore corporate and trust structures. Izzy’s equestrian background (and love of horses) has also led to a number of instructions involving equestrian sports such as racing and eventing and she has represented elite athletes in this field.

In ranking her as an associate to watch, Chambers & Partners said “Izzy Walsh is smart, sensible and very switched-on,” and “a tough and very constructive opponent”.