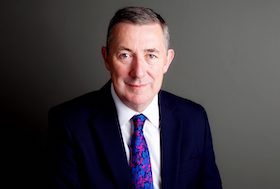 Mike Devlin has specialised in the law relating to children for over 35 years. The independent legal directory Chambers and Partners lists him as an “Eminent Practitioner” describing him as an “excellent” lawyer who “goes above and beyond” for his clients. Legal 500 ranks him in their top tier.

For many years he has lectured to the judiciary, fellow lawyers, medical and social care professionals on his specialist area of the law. He was a founding member of Child Concern in Manchester and for 25 years has chaired their annual debate.

Under Mike’s leadership, his previous firm was twice awarded National Family Law Team of the year by Jordan’s and The Solicitor’s Journal.

He has developed a reputation for finding positive solutions to the most complex and intractable child law cases. He is a confident and unflappable advocate who is highly respected by the judiciary.