Losing The Connection: How Being Internet Savvy is Fuelling Over-65 Divorce 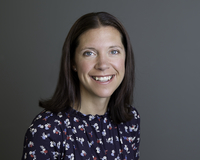 Technology, it is said, has made us a more connected world than at any point in our history.

It wasn’t so long ago that we marvelled at how air flight has made far-flung parts of the globe easily accessible in little over a century since the Wright brothers first took to the air.

Yet, in the last few decades, the planet and most of the individuals on it have shrunk still further into devices no bigger than the palms of our hands.

We can shop, do business with and, of course, talk to or see friends and contacts in foreign countries. Once the stuff of ‘Star Trek’-type science fiction, smartphones have become very much an integral part of our lives.

Only last month, the Office for National Statistics (ONS) set out the degree to which use of the internet is not confined to younger, apparently more technologically-literate age groups (https://www.ons.gov.uk/businessindustryandtrade/itandinternetindustry/bulletins/internetusers/2017).

It revealed that the number of over-75s surfing the ‘net has doubled in the last six years alone with more than 40 per cent of those questioned boasting about recently being online.

We shouldn’t be surprised that some habits – reading online news media, shopping and listening to music – cut across all generations.

According to a new batch of ONS figures, that includes online dating as well (https://visual.ons.gov.uk/marriage-and-divorce-on-the-rise-at-65-and-over/).

That practice is being seen as a factor in the trend of mid-life divorce and marriage – or ‘silver splitters’ and silver splicers’ to use the terms by which these people have become known.

For instance, whilst divorce across all ages has fallen by almost a third in 10 years, the proportion of men and women aged 65 and over ending marriages has actually increased by 23 per cent over the same period.

As I’ve been telling Olivia Rudgard, the Daily Telegraph’s Social Affairs Correspondent (http://www.telegraph.co.uk/news/2017/07/18/silver-splitters-fuelling-flurry-65s-getting-divorced-re-married/), it’s something which myself and my colleagues at Hall Brown Family Law have been seeing more of over the last few years.

Although it’s not necessarily a regular occurrence, it has certainly become a more regular feature.

Just as those who leave marriage and opt to slowly, discreetly dip their toes back in the waters of relationship, so too does internet dating allow those still married to conduct clandestine liaisons, often with men and women living some distance from their own homes.

In one case, we acted for a wife whose husband had made repeated, long trips, supposedly on business, when he was really having an affair with a woman whom he’d met via the internet.

Technology is certainly an enabler but it is typical of human nature that it enables both good and bad.

When it comes to post-divorce internet daters, it’s my opinion that women are more prolific than men.

Even in this regard, it’s possible to detect subtle differences between the genders. I’m not generalising when I say that, in our experience, men want romantic encounters or friendships which restore confidence to potentially bruised emotions after the collapse of what might have been a lengthy relationship.

Women, on the other hand, are more likely to want a soul-mate, someone with whom they can spend the rest of their lives.