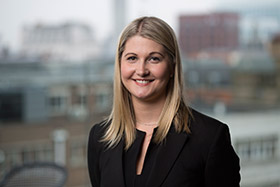 Whether the reason for the breakdown for the marriage is disputed or not, more often than not third parties have a role to play. It has been reported in the press this week that the marriage of Indian actress, Amala Paul and AL Vijay has broken down after only two years of marriage.

Allegedly, Amala Paul was put under immense pressure from her in-laws to give up her career and there has been speculation that this was a contributing factor to their divorce. Neither party has commented, but this is an insight of the extent of the involvement family members can have in any relationship, and the potential consequences of such involvement.

Relationships, whether the spouses themselves or family members, can become extremely hostile. This can be the case in divorce proceedings, financial remedy proceedings or children act proceedings. No matter the circumstances, these situations are extremely difficult and can have a significant long-term impact if not dealt with efficiently.

At Hall Brown, we specialise in all areas and are sensitive to the fact that even though it is two individuals ending a relationship, there are inevitably others who will be affected. We are always mindful of this and deal with each case in a sensitive and pragmatic manner, aiming to reach a resolution as quickly and cost-effectively as possible.