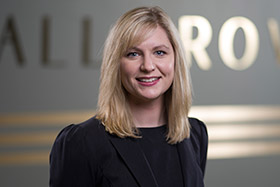 Over the course of centuries, upsetting personal circumstances have proven to be the inspiration for lots of great art.

And, in sitting down to write this ‘blog, I find myself unable to screen out the strains of one of Sir Elton John’s best-known ballads.

“Sorry”, you may recall him singing, “seems to be the hardest word”.

In the great volume of cases which myself and my colleagues at Hall Brown deal with over the course of a year, it is true that many individuals who consider themselves responsible for the breakdown of relationships agree with Elton and find themselves unable to acknowledge their conduct to anyone but themselves.

That unwillingness has consequences for themselves and their partners but can impact on families and friends too.

Even so, their approach is not one shared by all.

As I’ve been telling The Times (https://www.thetimes.co.uk/article/why-guilty-men-give-away-more-in-divorce-settlements-s5c0g0nwp?shareToken=779c695dbc84d7037d71cf91aff6227d), just over 10 per cent of divorces which we handle involve husbands and wives who are so racked with guilt that they are willing to make generous settlements to their exes.

I should point out that most of the divorcing couples who we encounter appreciate the importance of being fair and reasonable when it comes to splitting joint marital assets.

However, in our experience, those men and women whose marriages have ended as a result of their infidelity are most likely of all to be accommodating.

Their divorces are also concluded more quickly than on average.

When it comes to divorces involving adultery, it’s worth making a couple of other observations.

Firstly, despite assumptions in some quarters about the number of marriages heading for the rocks because of affairs, divorce on the grounds of adultery has actually been going out of fashion for some time.

Figures published in June by the Office for National Statistics (ONS), for instance, show that the number of spouses successfully claiming that their ex-husband or wife had been unfaithful has fallen by more than 70 per cent since 1995 alone (https://www.ons.gov.uk/peoplepopulationandcommunity/birthsdeathsandmarriages/divorce/bulletins/divorcesinenglandandwales/2015).

Divorce petitions filed on that basis are also rather difficult to advance both because of the nature of the evidence required to justify such a claim and the fact that, having been confronted with an accusation of marital impropriety, many spouses are likely to contest rather than confess.

Having people own up to infidelity, therefore, is another reason why these cases stand out from the norm.

Those men and women subjected to that misbehaviour sometimes use an admission as an opportunity to take a measure of what might be described as revenge, ensuring that the terms upon which they exit a marriage are as favourable as possible.

It is one reason why a proportion of contrite exes get back in touch a couple of years later to enquire whether they can revisit their settlements, arrangements which they belatedly recognise as perhaps being overly generous.

Some, though, accept that it’s better to come clean and do what they regard as ‘the right thing’, allowing themselves and their former partners to move on with their lives without being dogged by rumour and rancour into the future.