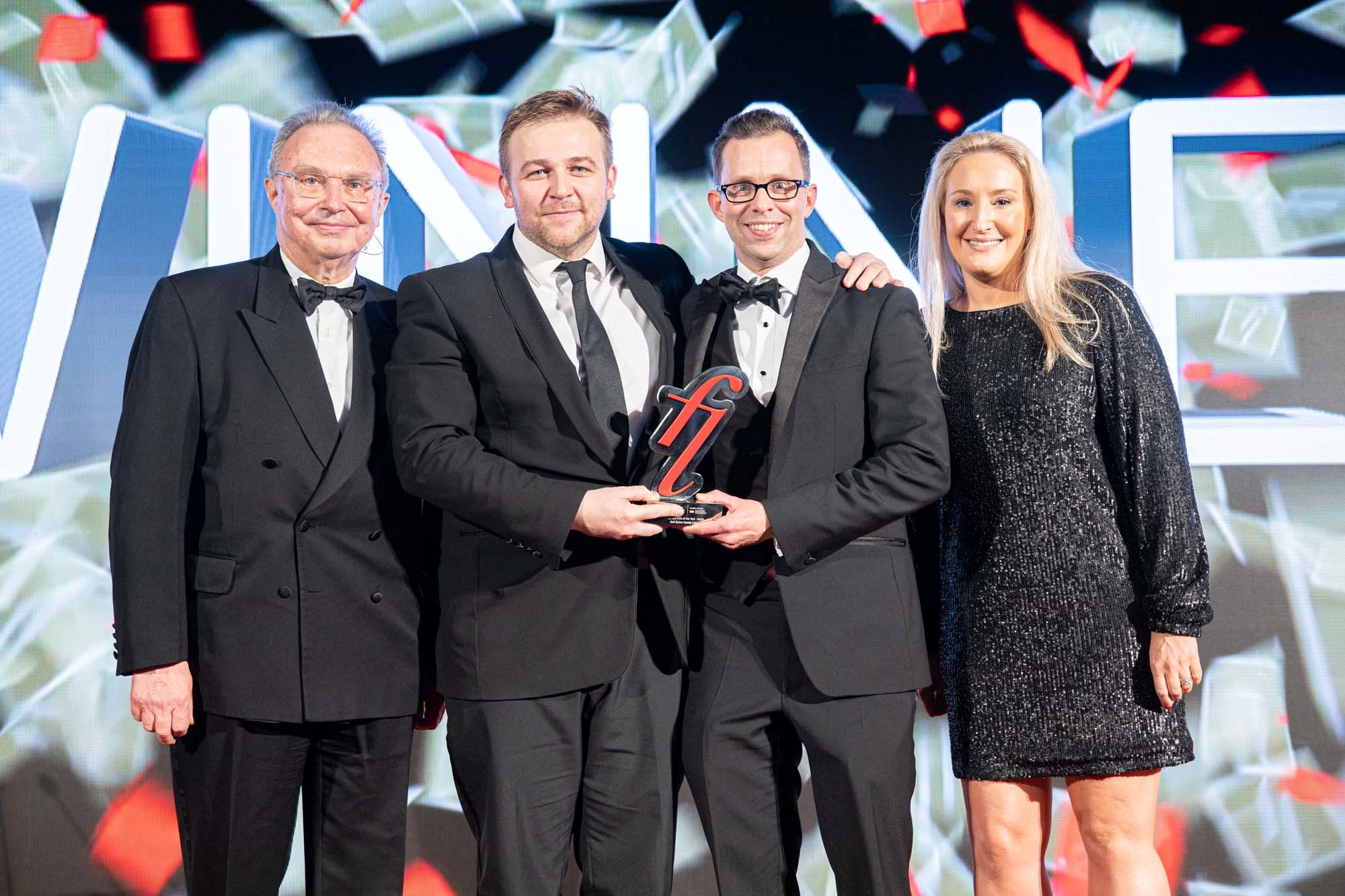 The founders of one of the country’s most dynamic law firms have rounded off a “remarkable” 2019 by being handed one of family law’s most prestigious prizes.

Hall Brown Family Law was chosen from a shortlist of five candidates to be named Family Law Firm of the Year – North at the 10th Family Law Awards.

Managing Partner James Brown and Senior Partner Sam Hall explained that they were suffering from “a mixture of pride and surprise” following a glittering ceremony at the Ballroom Southbank in London.

Mr Hall added that the award capped another year of progress for Hall Brown, which only opened its doors for the first time less than four years ago.

“Myself and James were really rather breathless when the announcement was made because these awards are considered almost the Oscars of our profession.

“There was a tremendous rush of emotions, knowing that the hard work which we and our colleagues and partners have invested to establish Hall Brown has paid off.

“It was heartening to hear that the judges not only based their decision on that real team effort or the quality of support which we provide clients with but the fact that we’ve tried to use our success to try and benefit those in need of real help.

“This is an incredible way to round off 2019 and a superb way of focusing our attention on further developments which are already in the pipeline in the coming year.”

The Family Law Awards were introduced in 2010 to “recognise the important work of family lawyers”.

The Family Law Firm of the Year – North category is one of four regional awards decided on legal expertise provided by nominated firms, their support for employees’ career progression and community initiatives which they participate in.

Judges outlined how they had based their decision not only on the expansion in Hall Brown’s operations and revenue but its instrumental role in efforts to save a the National Unit of the Family Drugs and Alcohol Court (FDAC), a system which helps prevent the children of parents addicted to drugs or alcohol from being taken into care.

Last year, the firm launched a fundraising campaign to keep the Unit functioning leading to more than £280,000 being pledged by a group of private backers and philanthropists before this May the Government reversed its decision to withdraw funding.

The FDAC initiative was also central to Mr Brown and Mr Hall’s nomination for their Gazette Legal Personality of the Year which was announced at the end of June.

During the course of the last 12 months, the success of Hall Brown’s social campaign was matched by its performance as a business.

In February, the firm appointed Izzy Walsh as head of its expanded London office at Lincoln’s Inn Fields, since when she has overseen an increase both in caseload and office numbers.

Hall Brown has also grown the number of lawyers and administrative staff which it employs to 39 (28 of whom are fee-earners).

Over the last month alone, the firm has been described as “exceptional” by the influential Chambers and Partners legal guide, securing its place as a Band One practice for the first time.

In addition, it has retained its status as a Tier One firm in the Legal 500 rankings and was named among The Times’ 200 Best Law Firms in England and Wales for the second successive year.