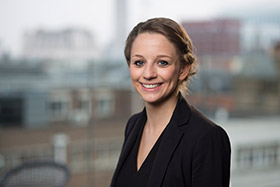 Britain, it is said, is a nation of animal lovers.

So, it should come as no surprise that pets of all kinds feature in discussions about who gets what when marriages come to an end.

Whilst many husbands and wives are keen to retain their family’s cats or dogs, their ownership is usually resolved relatively informally.

However, as I’ve been telling both the Daily Mail http://www.dailymail.co.uk/news/article-5213763/Horses-dividing-couples-bitter-divorce-battles.html and the Daily Telegraph http://www.telegraph.co.uk/women/life/horses-divorces-ever-couples-fighting-family-steed/ in recent days, the sort of sums associated with having a horse, on the other hand, means that couples sometimes find it impossible to reach agreement without specialist legal advice.

Over the course of the last year, five per cent of our cases involved disputes not only about who kept but who paid for the family horses.

That’s possibly because having a home with stables sufficient for looking after horses or paying for separate stable fees requires not inconsiderable amounts. According to one estimate, the average annual figure is more than £3,500 http://www.beta-uk.org/pages/news-amp-events/news/national-equestrian-survey-2015-shows-increased-consumer-spending.php.

Calculating just how much that might add to a divorce settlement can create friction, with some individuals arguing that a horse for themselves or their children is a necessity, while their exes instead contending that they are luxuries.

In some of the cases which we have handled, the situations are all the more delicate because they feature husbands with sons or daughters from previous relationships who do not wish to have more children when they remarry.

Their wives’ horses become an integral part of their lifestyles and are almost treated as surrogate children as a result.

What is noticeable is that these matters don’t only involve men and women who are very affluent but individuals across all income brackets. It seems that if someone likes or has had horses, they will try and make sure that they remain a fixture in their lives, even if there are financial consequences and compromises.

These disputes have parallels in the case of Tracey Wright who had won an allowance for the stabling of her horse and her daughters’ ponies after her divorce from a racehorse surgeon in 2008.

Even so, seven years later, an Appeal Court judge told her that she had no expectation of being “supported for life” by her former husband and she should “go out to work and support herself” https://www.standard.co.uk/news/london/get-a-job-judge-tells-ex-wife-of-millionaire-vet-in-landmark-blow-to-meal-ticket-settlements-10064662.html.

Under the law and regardless of the close bond which is forged between humans and animals, horses, cats, dogs and other species are regarded as chattels during divorce proceedings – just like other of a married couple’s possessions.

In the United States, however, two states – Illinois and Alaska – now have laws which allow judges to determine the well-being of the animals involved before determining which spouse should look after them when a divorce is completed http://www.bendbulletin.com/nation/5883830-151/new-illinois-law-treats-pets-more-like-kids.

Although I reckon that the legislation is a valiant attempt to make things easier, I believe that affording pets almost on a vaguely similar status to children could actually prove troublesome.

A comparable piece of statute in England would, I have little doubt, do little more to defuse this country’s horse-related caseload than the considered, constructive advice which we already provide.