CONVENIENCE OR COMPLEXITY: PART III PROCEEDINGS – ACCESS TO JUSTICE AND THE NEED TO REVIEW 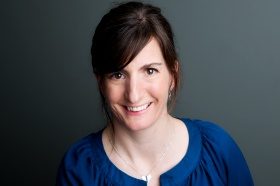 Every so often, cases come before the family courts which command news coverage due to the size of the sums involved or the renown of the participants.

In the last week, one such matter was determined by the Court of Appeal (https://www.bailii.org/ew/cases/EWCA/Civ/2021/702.html).

It has decided to allow Natalia Potanina to proceed with her claim for a greater share of the fortune amassed by her former husband, the business tycoon Vladimir Potanin.

Perhaps unsurprisingly, much of the media reporting centred on the scale of a potential settlement. Ms Potanina is seeking £5 billion, roughly a quarter of his wealth.

Their 31-year marriage was brought to an end by a Russian divorce in 2014 which awarded her £30 million on top of the £50 million which she had previously been given by Mr Potanin.

Ms Potanina argued that she was entitled to more, only for the High Court to dismiss her claim in 2019 as “divorce tourism” (https://www.bailii.org/ew/cases/EWHC/Fam/2019/2956.html).

However, that has now been reversed in a judgement made less than a month after a second woman embroiled in a high-profile divorce prevailed in the High Court (https://www.bbc.co.uk/news/uk-56834722).

As I told Jonathan Ames, the Times’ Legal Editor, the Potanina Appeal Court outcome is a severe blow to foreign individuals who may have considered that they had evaded the reach of the English courts by divorcing spouses overseas (https://www.thetimes.co.uk/article/ae75fd34-b3fe-11eb-a3e9-2089e10cf05c?shareToken=fb74458c6731d64175a91b15fa02d62c).

Yet there may well be far wider consequences, extending well beyond the circles of the super-rich, given that the law which Ms Potanina is relying upon was intended to be applicable to individuals irrespective of how much money they have.

Part III of the 1984 Matrimonial and Family Proceedings Act was introduced to give courts in England and Wales the power to make a settlement if divorce in a foreign jurisdiction left one of the spouses involved with inadequate financial provision (https://www.legislation.gov.uk/ukpga/1984/42/part/III). Its purpose is often described as a “safety net”.

Justification of such a claim was to depend on a variety of criteria, including the parties demonstrating substantial connections with this country.

For the time being, no figures are available on the number of part III proceedings brought in the English courts. However, those about which details have been published have tended to feature individuals who are rich – often eye-wateringly so.

That is something which, in delivering the Appeal Court ruling, was remarked upon by Lady Justice King.

She highlighted that not all the men and women for whom part III proceedings were intended have “massive or even substantial wealth”. The only thing which she said that they should have in common is “access to a straightforward and cohesive procedure”.

That, in my view, is the really notable aspect of her judgement.

According to figures published by the Office for National Statistics (ONS), there were more than 6.2 million non-UK nationals living here in 2019 – up 110 per cent since 2004 (https://www.ons.gov.uk/peoplepopulationandcommunity/populationandmigration/internationalmigration/bulletins/ukpopulationbycountryofbirthandnationality/2019).

Some of those may indeed be couples who have experienced the kind of issues at the heart of the Potanina case but are without assets of any comparable nature.

I have been involved in part III cases on behalf of a number of clients. More than a decade after what was regarded as something of a watershed judgement by the Supreme Court (https://www.bailii.org/uk/cases/UKSC/2010/13.html), it is fair to say that there remains a degree of uncertainty among practitioners about how the law should be applied.

That lack of clarity means that proceedings are generally only brought by those with pockets deep enough to obtain specialist legal advice and commitment to what is often a lengthy and occasionally convoluted procedure.

In itself, that means the part III arguments advanced through the courts tend to be in high value cases, something which effectively limits access to the financial relief that many more people might be entitled to.

It’s one reason why I wholeheartedly agree with Lady Justice King’s suggestion that “the complexities and challenges” which persist in relation to part III proceedings might be reviewed in due course by the Law Commission.

Those who share that opinion are not necessarily motivated by a desire to open the floodgates in the manner feared following the Supreme Court’s 2010 ruling (https://www.familylaw.co.uk/articles/supreme-court-clarifies-part-iii-of-the-matrimonial-and-family-proceedings-act-1984).

As the Potanina case underlines, the means available to divorcing couples may differ widely but the manner in which those splits are decided should not.

Our legal system should be equally accessible to all, not just to a lucky few.