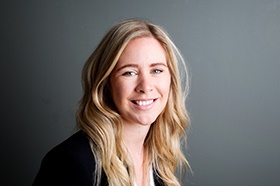 For some years now, sociologists, politicians and family lawyers alike have debated about how best to solve the cohabitation conundrum.

By that, I’m not talking about the actual formation of settled, domestic relationships by individuals who live together without marrying.

In fact, almost six million people (or 12.6 per cent of the population of England and Wales) now cohabit. To give you a further indication of how the objections of previous generations have fallen away, it’s worth pointing out that the number of cohabitees has more than doubled since the mid-1990s.

Perhaps unsurprisingly, that very rapid shift in the way in which households are now made up is not without its tensions.

Just as changes in the way spouses end their marriages have prompted calls for reform of the 45-year-old divorce laws, so efforts continue to secure a more straightforward method for determining what happens when cohabitees go their separate ways.

That’s because contrary to the myth of the so-called ‘common law spouse’, cohabitees do not have the same rights as married men and women when it comes to dividing up their assets when their relationships come to an end.

They can’t resort to family law but need to use property law instead, by demonstrating under legislation called the Trusts of Land and Appointment of Trustees Act (or ToLATA, for short) that they have what’s known as a “beneficial interest” in the family home.

It’s not an easy process and something which the Liberal Democrat peer Lord Marks QC is trying to address with his Cohabitation Rights Bill, which is yet to have its Second Reading in the House of Lords (https://services.parliament.uk/bills/2017-19/cohabitationrights.html).

Whilst his efforts in trying to dealing with the consequences of such failed relationships offer potential reassurance to all cohabitees, one glance at the details of the ONS’s data reveals a significant disparity.

The vast majority of cohabitees (more than 4.7 million people) live together having never been married or in a civil partnership. Some commentators have argued that they may, therefore, not be as experienced or worldly-wise as divorcees when it comes to protecting their assets when entering later relationships.

That very issue now has greater resonance following the conclusion of a county court case in London (https://www.thetimes.co.uk/article/woman-who-used-fiancee-as-cash-cow-wins-half-of-1-7m-home-jdf6r3jd2?shareToken=0a93a38a5fd70a405fa8f178c7293aa3).

Beverley Chapman had sued Shree Ladwa for the return of loans, gifts and a half-share of the Essex home which they bought in 2007, almost halfway into their 16-year relationship.

Ms Chapman, who worked for her family’s building business, was the wealthier partner and, showered Ms Ladwa, an unemployed graduate, with money, gifts and a sportscar.

Even though the pair had not married, Ms Ladwa’s name was also added to the property’s deeds.

However, when they parted, Ms Chapman demanded repayment, claiming that she had been used as a “cash cow” and coerced into giving Ms Ladwa a share of their home – a property now worth £1.7 million.

The move has backfired with a judge deciding that Ms Ladwa was legally entitled to half the house’s value. What Ms Chapman described as duress, he added, might simply be down to her “regretting what she now perceives to have been undue generosity”.

Despite the sums involved outstripping the combined assets of many cohabiting couples, there are lessons for them all from the case.

Chief among them is the fact that having to go to court to argue about who gets what when a relationship collapses is fraught with uncertainty.

It is eminently more practical to provide a measure of protection by adopting a cohabitation agreement before you move in together.

Similar to the role played by a prenuptial agreement for married couples, it’s a form of contract which provides a structure to defuse the possibility of conflict should the course of true love not exactly be smooth or enduring.

The end of relationship – whether short or long – can be emotionally raw. I believe that it makes sense to put in place an agreement which can avoid natural sensitivities becoming even more inflamed.