Clarity And Adoption: Courts, Councils And A Cautionary Tale 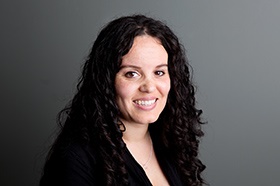 Each year in England alone, many thousands of children find themselves in foster homes awaiting adoption.

They are there because they are considered unable to live with their birth families – sometimes, sadly, due to neglect and even abuse.

Many of the children in foster care are the subject of placement orders, meaning that the court has approved a care plan of adoption being in the child’s best interests.

The most recent figures from the Department for Education show that the number of children adopted from care fell by seven per cent during 2019. That, in turn, was one-third down on the record number achieved only four years before (https://www.gov.uk/government/statistics/children-looked-after-in-england-including-adoption-2018-to-2019).

That picture of decline has been further reinforced by data from the Ministry of Justice revealing a 28 per cent drop in adoption proceedings over the course of the last six years (https://www.gov.uk/government/statistics/family-court-statistics-quarterly-october-to-december-2019).

Against that backdrop, ministers and charities have stepped up their efforts to encourage more adoption.

Only last month, the Education Secretary Gavin Williamson bemoaned an “overly bureaucratic system” which made adoption too difficult.

In a speech coinciding with National Adoption Week, he said that he was “urging local authorities to help us break down these barriers so that we can unite more children with the families they deserve so much” (https://www.gov.uk/government/news/education-secretary-urges-overhaul-to-adoption-system).

Exactly one week later, the Family Division of the High Court delivered a judgement which illustrated some of the “barriers” that the Secretary of State was referring to.

The case concerned two young girls who had been placed by Sheffield City Council in September last year with a couple wanting to adopt.

The High Court was told how the girls, aged nine and seven-years-old, had experienced unsettled early lives with multiple changes of carer.

After being made the subject of placement orders, children must live with prospective adopters for at least 10 weeks before adoption orders making the new circumstances more permanent can be applied for.

From an early stage, problems began to appear within the placement, and sadly escalated to the point whereby the oldest child was physically attacking her younger sister and self-harming to a very distressing degree.

The prospective adopters made a number of appeals for help to the local authority over a period of time, detailing the older girl’s behaviour. It appears that the requested support was not provided to the family. Eventually, at what they described as ‘crisis point’, they contacted the local authority and asked for both girls to be taken into separate foster care placements for their own protection.

Despite initially agreeing that the move was temporary whilst assessments could be undertaken, Sheffield Council later refused the prospective adopters’ request for the younger of the girls to be returned to their care, arguing that the couple had effectively permanently terminated the placement.

The prospective adopters issued adoption proceedings in relation to the youngest child – an application not supported by the local authority.

The High Court ruled in favour of the council, finding that the placement had been terminated, concluding that the couple was not, in fact, entitled to make an application to adopt.

The couple then took their case to the Appeal Court. Three law lords – Lord Justice Jackson, Lord Justice Baker and Lord Justice Lewis – have now unanimously supported the couple’s claim (https://www.judiciary.uk/judgments/prospective-adopters-v-sheffield/) and allowed them to proceed with an application to adopt the younger girl.

Their decision is, I would argue, of more significance than for the individuals involved in this matter.

It makes clear that the case was the first reported instance of courts being asked to consider the issue of notice of terminating the placement of a child up for adoption. The case demonstrates a clear need for local authorities and prospective adopters to have open and honest dialogue during such difficult circumstances to ensure that planning for the children’s future care is effective and transparent.

Furthermore, Lord Justice Jackson underlines the importance of providing “specialist support for adoptive placements before they reach the point of breakdown” as well as “early legal advice”.

The Appeal Court has, in my opinion, captured the essence of the problem.

Adoption and, sadly, adoption breakdown, can be a very emotional and even traumatic process for all involved, but any difficulties can be addressed effectively with the right degree of preparation, support and clarity.

To Lord Justice Jackson’s comments, I would suggest a third, additional requirement.

Before the start of any placement, it would be of immense help for prospective adopters and local authorities alike to clearly know of and communicate their respective responsibilities.

Knowing, for instance, what a council is supposed to do, makes it easier to understand what help should be available – and, of course, hold authorities to task if that very vital support is not forthcoming.

Such detail is essential if Gavin Williamson, adoption charities and would-be adoptive parents are to find an answer to a dilemma which may prevent thousands of children finding their forever homes.