Shirley Valentine and the “Mid-Life Mirror” 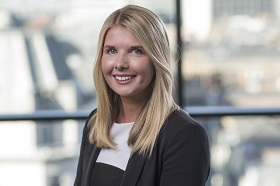 One of the most dominant patterns in divorce over the last decade in England and Wales has been that of mid-life marital breakdown.

Whilst they may not account for the bulk of all divorces, figures from the Office for National Statistics (ONS) show that husbands and wives aged 50 and over have been parting in ever greater numbers (https://www.ons.gov.uk/peoplepopulationandcommunity/birthsdeathsandmarriages/divorce/bulletins/divorcesinenglandandwales/2014).

Since the trend first emerged, it has been largely assumed that it was driven by women looking to escape unhappy marriages and enjoy the rest of their lives once any children had grown up and left home.

It’s a scenario which is familiar to many of us from the story of Shirley Valentine, a fictional Liverpool housewife whose depiction by writer Willy Russell and portrayal on-screen by Pauline Collins harvested awards and captured the collective imagination.

However, by poring over the very fine details of divorce data, myself and my colleagues have uncovered suggestions that her example might not be that common after all.

It seems that Shirley and other women like her are not as inclined to push for mid-life marriages to end as their husbands.

As I’ve been telling the Sunday Telegraph (http://www.telegraph.co.uk/news/2017/05/27/longshirleyvalentine-turn-men-divorce/), it is younger women who are now more able and willing to divorce but, once they and their spouses reach their mid-forties, the situation flips dramatically.

In fact, the change is so pronounced that it almost reflects a mirror in terms of actions, if not attitudes.

Younger women have benefitted from the progress made in recent decades breaking through the glass ceiling and have prospered in their chosen careers. Those who are mothers also appreciate the need to leave a failing marriage before their children are of an impressionable age whereby they might be affected by domestic disputes.

Women in their mid-forties onwards, though, may have sacrificed careers and earning potential to raise a family and so are more likely to try to keep troubled relationships going as they’re not as financially independent.

That contrasts with men who generally reach the peak of their earnings in their mid-forties – a point which sometimes coincides with children having grown up.

Add to that how a desire to enjoy that income and an apparent discharging of responsibilities can make men attractive to the opposite sex and it is perhaps no surprise that troubled marriages are placed in even greater peril.

Some of their wives are genuinely taken aback when husbands file for divorce.

They had led themselves to believe that any family tensions would reduce as they and their husbands got older.

Even so, just as Shirley Valentine herself discovered, life has a twist in the tale and one which doesn’t necessarily lead to a happy ending.