Pensions, “DIY Divorce” and the Changing Nature of Settlements 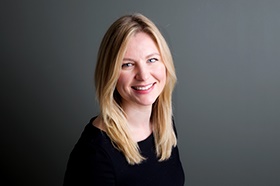 Recent decades have seen a number of changes in the nature of domestic relationships across England and Wales.

Two of the most notable have arguably involved shifts in when and how couples divorce.

Although the ages at which marriages come to a legal end and how that process is administered might seem to be unconnected at first glance, they might have a combined and potentially catastrophic consequence for people’s finances.

What isn’t in question is that as the proportion of those individuals in many younger age groups has declined, those aged over 50 choosing to end marriages has steadily increased.

According to the Office for National Statistics (ONS), there were six per cent more divorces involving these so-called ‘silver splitters’ in 2016 than five years before (https://www.ons.gov.uk/peoplepopulationandcommunity/birthsdeathsandmarriages/divorce/bulletins/divorcesinenglandandwales/2016).

Compared to 1973, when the most recent divorce reforms became law, the shift is even more pronounced. Fewer than 19,000 middle-aged couples split in that year – considerably fewer than the 34,529 who divorced in 2016.

It’s also a fact that more couples now choose to deal with the paperwork involved in ending marriages on their own, seemingly in response to the withdrawal of Legal Aid for almost all divorces in 2013.

Figures recently made available by the Ministry of Justice (https://assets.publishing.service.gov.uk/government/uploads/system/uploads/attachment_data/file/720100/FCSQ_January_to_March_2018.pdf) show that 37 per cent of private cases seen by family courts between January and March of this year involved applicants and respondents without legal representation – up 20 per cent on the same period in 2013.

That development is, I reckon, responsible for another change in the sorts of divorce settlements which are being agreed.

The same MoJ data shows that there were 7.5 per cent fewer divorce settlements last year involved maintenance spousal (or ‘periodical payments’, as they’re referred to officially) than in 2011.

On the other hand, the number of Lump Sum Orders divorces over the same period rose by 10 per cent, reflecting the inclination of courts to encourage couples to achieve a clean break instead of being financially dependent on one another.

Look a little deeper, though, and another, more intriguing pattern emerges.

Almost 18 years have elapsed since the introduction of Pension Sharing Orders, allowing less wealthy spouses to a proportion of their ex’s pension pots in order to set up policies of their own.

That development came four years after Pension Attachment Orders were established, enabling individuals to claim some of the income which former spouses received from their pensions.

It is generally accepted that sharing is preferable because there are number of limitations to attachment.

Nevertheless, incidence of Attachment Orders has increased by 45 per cent since 2015, when greater freedom in when and how people could draw cash from their pension pots – the so-called pension ‘draw-down’ legislation – took effect.

As I’ve been remarking to Josephine Cumbo, Pensions Correspondent for the Financial Times (https://on.ft.com/2wONfj8), it’s perhaps no surprise that individuals who aren’t necessarily familiar with the technicalities of divorce risk putting settlements in place which could actually leave them without sufficient income for a comfortable retirement.

Most divorces are completed amicably, yet even spouses who part on the very best of terms can agree arrangements which are wholly unsuitable if they opt to tie up financial details themselves.

With more couples divorcing in middle-age, it’s possibly even more important to be sure that they have adequate provision in place.

Divorce law is not intended to bamboozle. However, if in doubt, it’s always best to seek the guidance of an experienced family lawyer in order to avoid the pitfalls which can arise.