The Pain in Spain: Divorce and Respective Marital Contributions 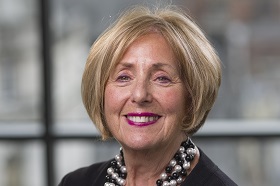 Whilst their wedding vows might not make it absolutely clear, spouses soon realise that marriage is a partnership with success depending on the committed contribution of them both.

Historically, of course, there has been an expectation that husbands were the principal wage earners while wives were usually considered the nest-builders.

Over recent decades, in particular, shifting social and professional dynamics have seen that perception undergo tremendous change with many women becoming a household’s main breadwinner.

Perhaps understandably, that effect of that difference in respective roles has generated tensions when it comes to determining how best to fairly divide their joint assets if marriages do not last.

The tone was set by an historic ruling in the House of Lords in October 2000 in favour of Pamela White (https://www.theguardian.com/uk/2000/oct/27/claredyer), which enshrined the idea of settlement calculations beginning with an equal split of assets acquired during a couple’s time together.

It was reinforced by a brace of judgements in 2006 favour of Melissa Miller and Julia McFarlane (http://www.telegraph.co.uk/news/uknews/1519333/Landmark-victory-for-ex-wives.html) which underlined that a housewife does indeed play a significant role in allowing her husband to be successful in his chosen career.

Earlier this month, Pauline Chai won a £64 million settlement from her businessman ex-husband by arguing that she had been just a “traditional wife” as he became chairman of the Laura Ashley retail chain empire (http://www.bbc.co.uk/news/uk-england-beds-bucks-herts-39520817).

That string of outcomes has not, though, been greeted with universal acclaim. Some sceptics have suggested that the idea of a housewife helped by nannies and cleaners who leaves a failing marriage with a half-share in a couple’s wealth might not be entirely fair when her husband might have worked seven days a week to generate those riches.

Part of such criticism is based on the lack of detailed analysis by courts in England and Wales of who does what in a marriage.

Now, that debate has been afforded fresh currency by a Spanish court which ordered a man to pay his ex-wife more than £20,000 for housework which she carried out during their six-year marriage (http://www.ibtimes.co.uk/court-orders-man-pay-ex-wife-25000-housework-charged-hourly-rate-1616779).

Three judges in the northern region of Cantabria decided that the payment was the equivalent of a pension deserved because of the contribution which she had made to the couple’s financial well-being. Prior to their marriage, her former husband had employed a cleaner.

It is impossible to say whether courts here will apply the same amount of scrutiny in establishing the fine detail of how domestic chores should influence future divorce pay-outs.

However, the case highlights just the sort of rigour which some husbands and their supporters reckon might eventually be merited in all divorces.

As the “traditional” roles of spouses and their impact on a household’s finances continue to evolve and divorced individuals seek to secure the best possible settlement with which to restart their single lives, the contribution conundrum is far from clear-cut.