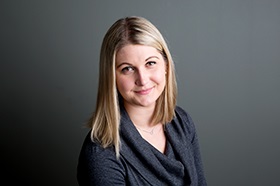 Just over five years have elapsed since the passage of a law allowing same-sex marriages in England and Wales.

The first ceremonies took place in late March 2014 and constituted something of a milestone, giving gay couples the same legal recognition as their heterosexual counterparts.

A significant step on the road to same-sex marriage had, of course, been taken a decade earlier with the introduction of civil partnerships.

Given that it didn’t entitle individuals involved to refer to themselves as spouses, it was – perhaps unfairly – regarded as something of a halfway house between marriage and having no rights at all.

That might be one reason why the numbers of civil partnerships fell by two-thirds in the first year after same-sex marriage was endorsed by parliament.

However, I believe that it would be very wrong to assume that people are no longer interested in civil partnerships.

The latest figures released by the Office for National Statistics (ONS) show the second successive rise in civil partnerships (https://www.ons.gov.uk/peoplepopulationandcommunity/birthsdeathsandmarriages/marriagecohabitationandcivilpartnerships/bulletins/civilpartnershipsinenglandandwales/2017#london-continued-to-be-the-most-popular-region-to-form-a-civil-partnership).

They underline the fact that there are men and women wanting to form relationships which have a status that stops short of marriage.

It appears particularly true of middle-aged men who clearly prefer a standing of a more contemporary nature even though they’ve had the option of marriage for some time.

That position has significance for the government as it weighs up how best to respond to similar arguments advanced by heterosexual couples.

In June, a panel of Supreme Court judges ruled that the law on civil partnerships was discriminatory on human rights grounds because they were not available to both same-sex and heterosexual couples (https://www.telegraph.co.uk/news/2018/06/27/heterosexual-couples-could-able-have-civil-partnerships-supreme/).

Although the decision did not amount to a change in the law in itself, ministers indicated that they would study the new ONS’ figures to determine whether they should extend the legislation.

Should they now agree that should happen, I reckon that they would potentially resolve the vexed question of the status of the growing proportion of couples who choose to cohabit.

According to another tranche of ONS’ data issued last month, nearly six million adults in England and Wales are now living together while not married (https://www.ons.gov.uk/peoplepopulationandcommunity/populationandmigration/populationestimates/bulletins/populationestimatesbymaritalstatusandlivingarrangements/2002to2017#an-increasing-proportion-of-50-to-64-year-olds-are-single-never-married-and-cohabitation-for-this-group-is-becoming-more-common).

That is despite the fact that many cohabitees face greater complexity than husbands and wives should their relationships not last the course.

Instead of being able to rely on family law, as spouses can, cohabitees often have to resort to property law to determine how best to divide the assets built up over the course of their time together.

Attempts to improve their lot (including, most recently the Cohabitation Rights Bill moved by the Liberal Democrat peer Lord Marks QC) seem to have run into the sustained resistance certain sections of parliament.

However, if ministers decided to allow heterosexual couples to enter into civil partnerships, they would answer those demands without possibly being seen by critics as undermining the institution of marriage by affording cohabitees special treatment.

After all, civil partners have very similar rights to those of spouses when it comes to asset division.

Moving to undo the discrimination identified by the Supreme Court this summer would, therefore, not mean generating a mass of new legislation for inclusion on the statute book.

It would be a simpler administrative exercise of tweaking what is already there.

In my opinion, it would make perfect sense and remove much of the additional stress which unmarried couples experience when their relationships collapse.