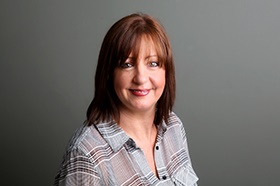 Jo has spent her whole career as a legal secretary/PA/office manager, specialising in family law for over 25 years.

Having previously worked at Pannone/Slater and Gordon for 28 years, she joined Hall Brown in March 2016 as the Senior Office Manager.  She is a lifetime Fellow Member of the Institute of Legal Secretaries and PAs and also is also a qualified CIPD HR manager and a qualified Health and Safety officer and Mental Health First Aider.

Having worked in family law at the highest level for so long she is familiar with all stages of the legal process meaning she can support the entire team and can assist clients with both confidence and to the highest quality.