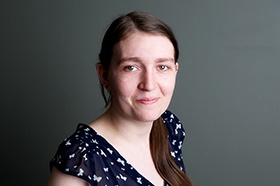 Annelise began working within the legal sector in 2008 as an office assistant for the family team at Pannone, earning promotion after a year to work in the accounts team within the firm.

When Pannone subsequently merged with Slater and Gordon in February 2014, Annelise moved with the newly formed firm of Pannone Corporate and joined as part of their accounts team.

Annelise joined Hall Brown in February 2018 and is a highly efficient, experienced and enthusiastic member of the team.