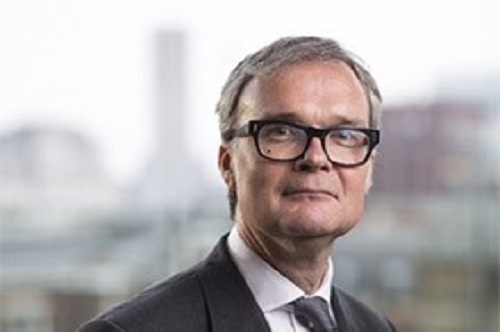 Delays caused by court closures and more individuals representing themselves has prompted a rise in the number of professional couples opting for ‘BUPA-style’ divorces.

One of the country’s leading family law firms has reported a 200 per cent increase in family arbitrations in the space of just a year.

Hall Brown Family Law claimed more spouses now favour the process because they believe it is quicker, cheaper and more private than ending marriages in the courts.

Senior judges have also thrown their weight behind it with Sir James Munby, the President of the Family Division of the High Court, describing arbitration settlements as a “single magnetic factor of determinative importance”.

However, Andrew Newbury, one of Hall Brown’s partners, has warned that the greater popularity of arbitration could prevent the “evolution” of family law.

“The increase in couples choosing divorce by arbitration rather than through the courts has been sudden and marked.

“Growing support from senior members of the judiciary has provided reassurance that it is a perfectly suitable alternative but it appears that the principal reason voiced by clients who have decided to arbitrate is the desire to avoid delay.

“Husbands and wives are often surprised to discover that their divorces could take as long as 18 months to conclude, depending on the complexities of their family finances and whether they have any children.

“They are entirely comfortable with the idea of paying to expedite their divorces in much the same manner as they might use private health care. For them, arbitration offers more certainty both in terms of scheduling and the outcome.

“It should be said, though, that the frequency with which couples are opting for arbitration is not without its consequences.

“With fewer divorces being resolved in the courts, there is the risk of a deficit in common law being set. That is something which may result in the law lagging behind the issues seen at arbitration and, in turn, could in the future impact on individuals unable to jump the queue in this way.”

Mr Newbury’s remarks follow the closure of nearly one-fifth of courts across England and Wales in the last 18 months. In February last year, the then Justice Minister Shailesh Vara announced that “modernisation plans” would mean 86 out of 460 courts and tribunal hearing centres shutting in an effort to shrink the £500 million annual cost of the courts estate.

Mr Newbury said that closures and consolidations had left only two courts – in Bury and Manchester – to deal with thousands of divorces across Greater Manchester each year.

In addition, figures published last month by the Ministry of Justice revealed that 36 per cent of private family law applications between May and June this year involved both applicants and respondents without any legal representation – a rise of three per cent on the same period in 2016.

Mr Newbury stated that the pressure on court time had led to cases having to be cancelled, adding that one critical hearing had been postponed only 24 hours before it was due to take place.

He suggested that arbitration had become the preferred means of divorce despite the Government’s stated backing for mediation. In January 2012, Justice Secretary Kenneth Clarke declared mediation would “play a key role in the future of our family justice system”.

At the same time, the amount of annual public funding for mediation was also increased by two-thirds to £25 million.

Only three months after Mr Clarke’s comments, the Institute of Family Law Arbitrators launched the first family law financial scheme, which was designed as a bespoke alternative to court proceedings.

Sir James Munby later said that whilst judges were not a “rubber stamp”, they would be expected to approve the arbitration agreements in all but “the rarest of cases”.

Mr Newbury highlighted how arbitration had been able to overcome “very detailed points of principle rather than points of law” in a number of Hall Brown’s cases more swiftly and informally than courts were able to.

He added that some couples were particularly keen to ensure that personal information did not become the subject of media coverage. Sir James Munby has underlined his belief that greater transparency and press access is a key part of the “radical and comprehensive reform” of the family court system.

“Divorce law is so discretionary by nature that it’s possible to have two individuals argue that their respective and seemingly opposed positions are correct. That is one reason why it is sometimes so difficult to arrive at a mutually-acceptable outcome using mediation.

“With arbitration, couples can not only speed up the process but choose arbitrators with a specialism in the issue at the heart of their own case, thereby increasing the likelihood of settling their differences.

“They also regard arbitration as almost a closed-door courtroom, allowing them to agree matters in private and avoid the increasing degree of openness and media scrutiny of family proceedings.”