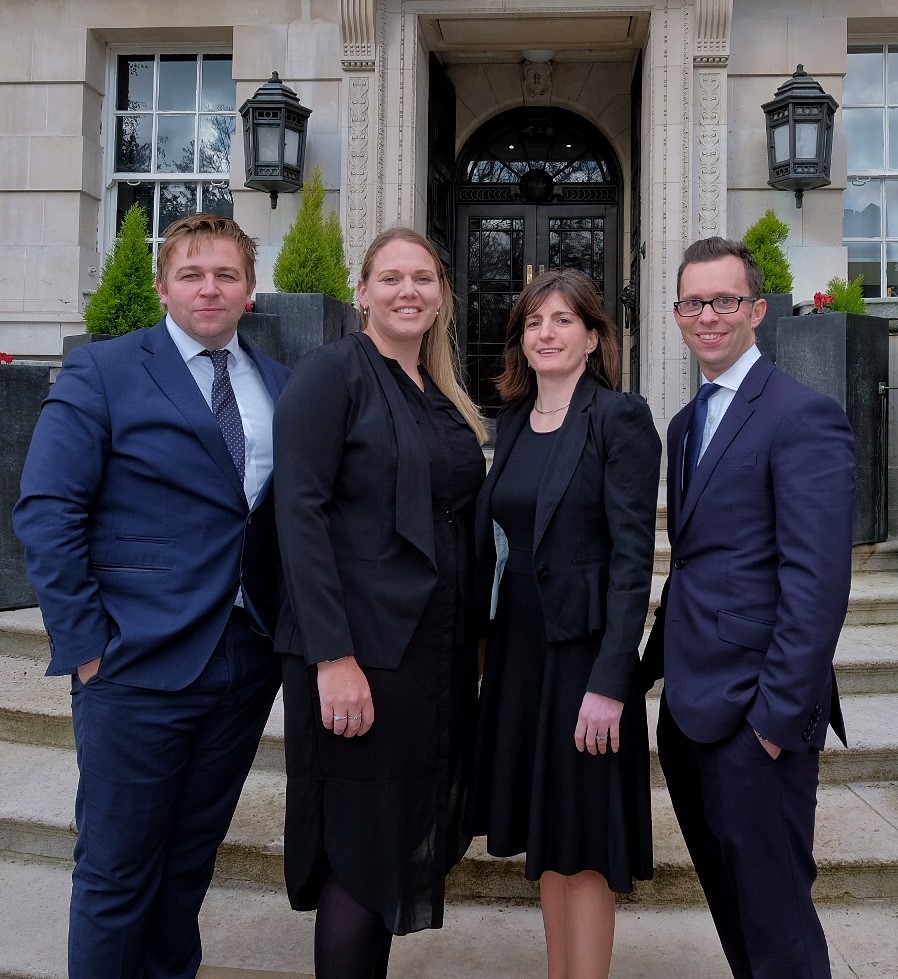 One of the country’s most dynamic family law firms has announced the appointment of the new Head of its London office.

Hall Brown Family Law has described recruiting Izzy Walsh to lead the firm’s growing team in the capital as another significant step in its development.

Her arrival along with that Paralegal Nicola Noort coincides with Hall Brown’s switch to a new, larger location at Lincolns Inn Fields.

Senior Partner and co-founder Sam Hall has revealed that yet more appointments are likely in the coming months as the volume of its caseload in London and the South East increases still further.

This latest expansion comes only months after Hall Brown revealed that it had doubled the size of its offices in Manchester due to a rise in work.

“We are delighted that Izzy has decided to come on board in order to lead our fast-growing operation in London.

“She is acknowledged by clients and her peers as being both a very capable and well-respected lawyer with great skill in managing a breadth of family law issues.

“In particular, she has built up an impressive specialism in handling the sort of quite complicated high net worth international cases which we have been dealing with an increasing amount of.

“Recruiting someone of her calibre is a very natural response to the growth in clients based in London and the South East which we have experienced since opening our first office in the capital just over a year ago.

“We fully anticipate making further appointments in the coming months not simply as a response to that continued growth but as an indication of our total commitment to providing clients with the very best service possible.”

Having qualified as a solicitor with a leading City law firm in 2011 and qualified further as a Solicitor Advocate two years later, Ms Walsh has developed a reputation for handling divorces involving a variety of complex themes, including a range of European jurisdictions, offshore corporate and trust structures and elite level equestrian sport.

She is also a member of the British Russian and British Ukrainian law associations and the International Bar Association.

Mr Hall said that Ms Walsh’s appointment brought the number of Hall Brown’s fee earners to 20 out of a total number of 30 staff in both Manchester and London.

Hall Brown has made the move to Lincolns Inn Fields from its first office in the capital near St Paul’s Cathedral.

In December, the firm announced that it had taken over an entire floor of one of Manchester’s most prestigious business addresses as a result of a rise in work.

Its headquarters now extend across 5,500-square feet of the Grade II-listed Ship Canal House – more than twice the size of its previous base of operations.

Mr Hall has outlined how although half of Hall Brown’s current clients come from across the North West, just over one-third now came from London and the South East with a “sizeable” proportion based either elsewhere in England and Wales or overseas.

He added that a specialist international division set up to handle complex cross-border cases, many of which involve children, had been inundated with work.